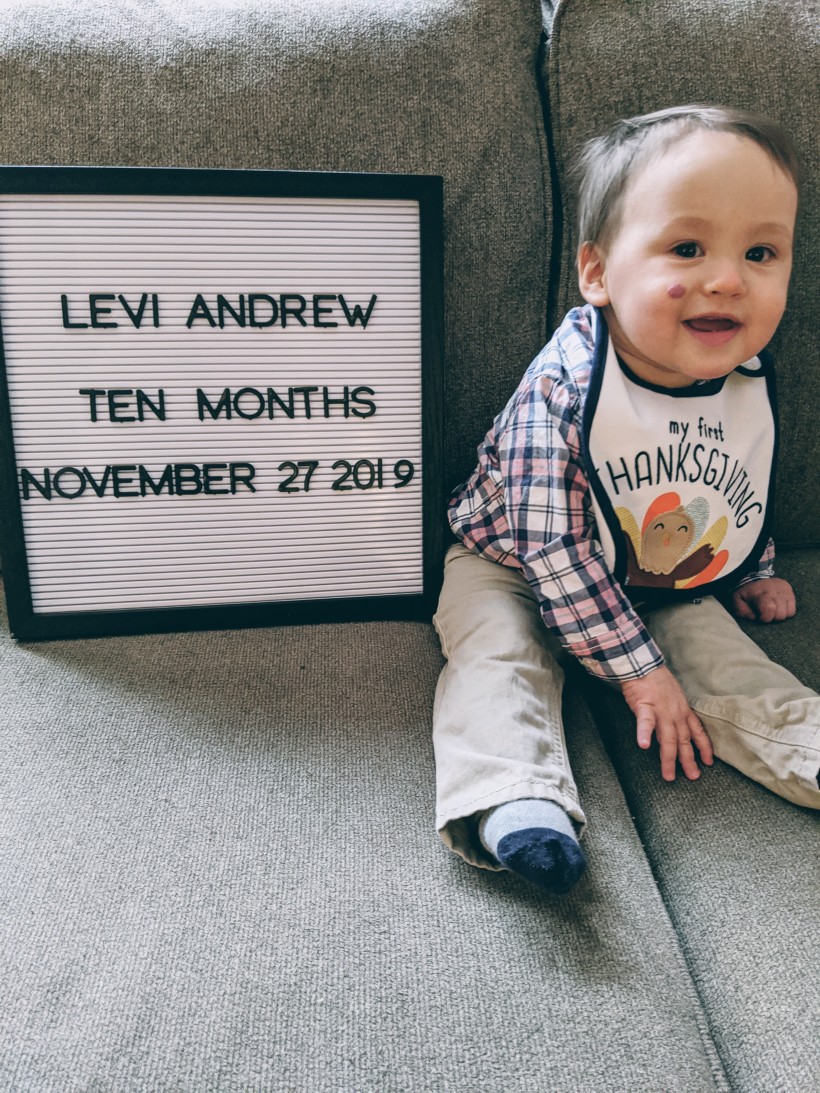 There was so much celebrating this month with it being Levi’s first Halloween and Thanksgiving, celebrating Lance’s birthday and hitting some milestones!

Levi celebrated his 1st Halloween, and although a lot of people get their babies a Halloween costume, I decided to get him Halloween pjs. For me I didn’t see the since in getting Levi a Halloween costume to wear once, and for that matter maybe for just 5 minutes. With the Halloween pjs he will get a lot more use out of them. We ended up going to the Fire Department on Halloween night where they had games, food and candy. It was pouring out and all during dinner Lance and I were debating on whether or not to go out. We decided to go, but we only stayed about an hour since Levi is still too little for all of that, but it was nice to have an indoor option because of the weather.

We had our first family holiday photo shoot, and surprisingly it went really well! I was soo nervous the entire time and days leaning up to it I was trying to figure out coordinating outfits, and the time we should get them done since Levi’s naps can be 30 minutes or 2.5 hours long. I didn’t know if he would be fussy teething. The day came and we headed to John Brown’s Farm. Levi fell asleep in the car, of course, but we did wake him up and got him ready. I had this winter hat for him to wear because it was cute and it was cold outside, and I figured he would instantly take it off because that’s what he normally does. He left the hat on the whole time! He also didn’t smile the entire time. haha! I guess it was better than him crying. He just had this blank stare on his face probably because he was still sleepy since we had to wake him up but he was probably wondering what was going on. We just got the photos back, and we love them. We are turning them into holiday cards to send out. I love that we got these photos done because we didn’t get newborn photos done of Levi, and we don’t have a lot of family photos. So glad we took the time to make some memories and then be able to always look back on them. This could possibly be one of our holiday traditions too!

Lance, Levi and I went up to Plattsburgh one weekend. I signed up for a Zumbini class for Levi and me. The class was all about music and dancing. It was a lot of fun. Levi didn’t really know what to think of it, and he was just looking around at everyone. lol I was almost going to sign us up for a 10-week session starting in January, but I think it would be too much going every week. I wish they had more classes/activities for babies/toddlers closer to us which would be a lot better than driving to Plattsburgh every weekend.

It was Lance’s birthday this month, and we celebrated over at his parents with dinner and cake. Chad was up too, so it was nice to get together with him!

Levi got his second dose of his flu shot this month. Lance brought him. Lance is a lot better at being able to handle that stuff than me. I’m glad it’s done and over with though. Our next appointment will be in 2 months when he turns 1. Time slow down! 😦

I’m getting everything ready for Levi’s first Christmas. The holidays are so special. I know the past few years I’ve been missing my family so much, but now with Levi we are creating our own family traditions and it’s nice to be a family of our own. Hopefully starting next year we can all go down to visit my family for Thanksgiving and make that a yearly tradition. I went up to Plattsburgh and got Levi the rest of his Christmas gifts, so now I just have to wrap them up. I ordered his first Christmas ornament, which came in the mail. I really like it! I want to start a tradition where we get him an ornament every year for the tree.

I’m also trying to plan ahead for his birthday. I can’t believe I’m already thinking about that, which I actually have been for a while. I’m SO sad but each month he’s learning and doing more and it’s so fun to see his personality come out. I’m really trying to take this time in, be present, and spend as much time with him as I can. Time goes by so fast, and I don’t want to miss anything.

This month Levi started shaking his head no. He just all of a sudden started doing it. hahah It’s so cute. He’s still not crawling, but he’s definitely getting around to places by rolling or laying flat on his stomach and pushing around with his hands. His new obsession is crawling up mommy and daddy and standing. He hardly wants to sit anymore. lol That’s pretty hard when he doesn’t have his balance yet, but he wants to move and you’re trying to hold on to him all at the same time. I think in a few months we’ll see him cruising around the furniture. We just ordered baby gates, so we’re ready….maybe?! lol

The day after Levi turned 10 months was Thanksgiving. There’s so much to be thankful for this year. He has made my life  so much better, and my life wouldn’t be complete without him in it. I never knew how happy I could be. You are so loved my sweet boy! 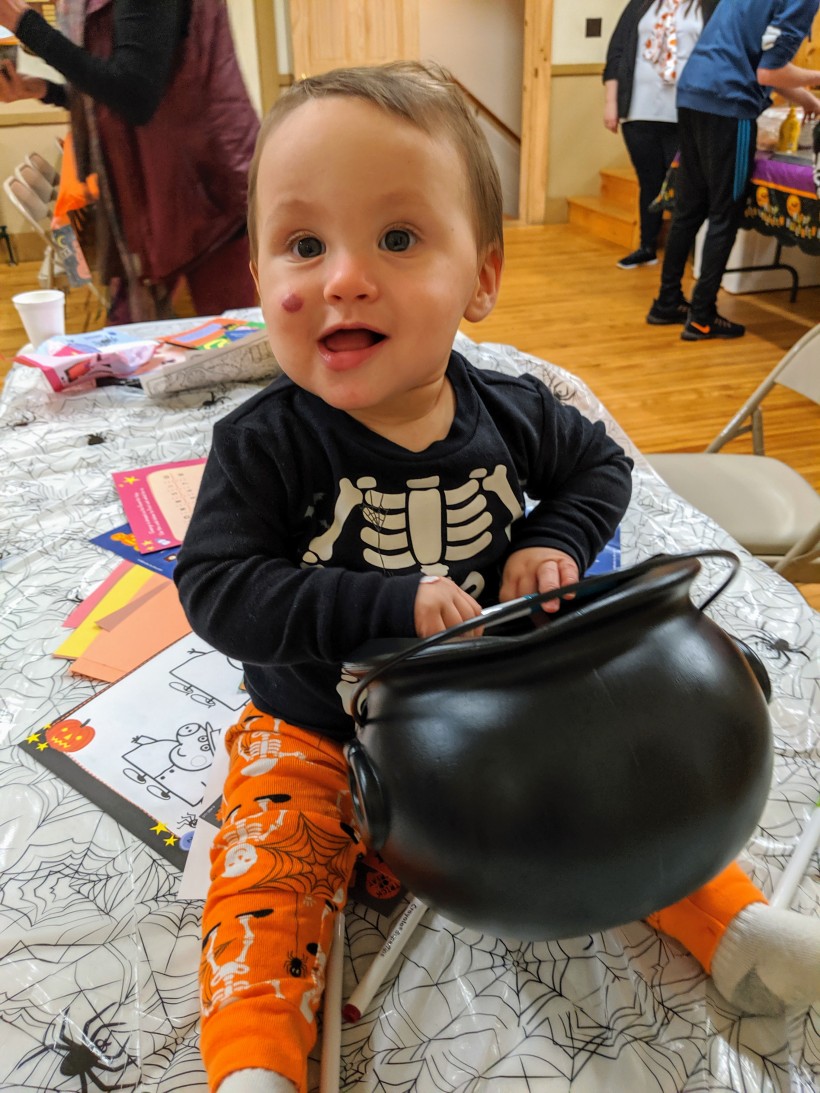 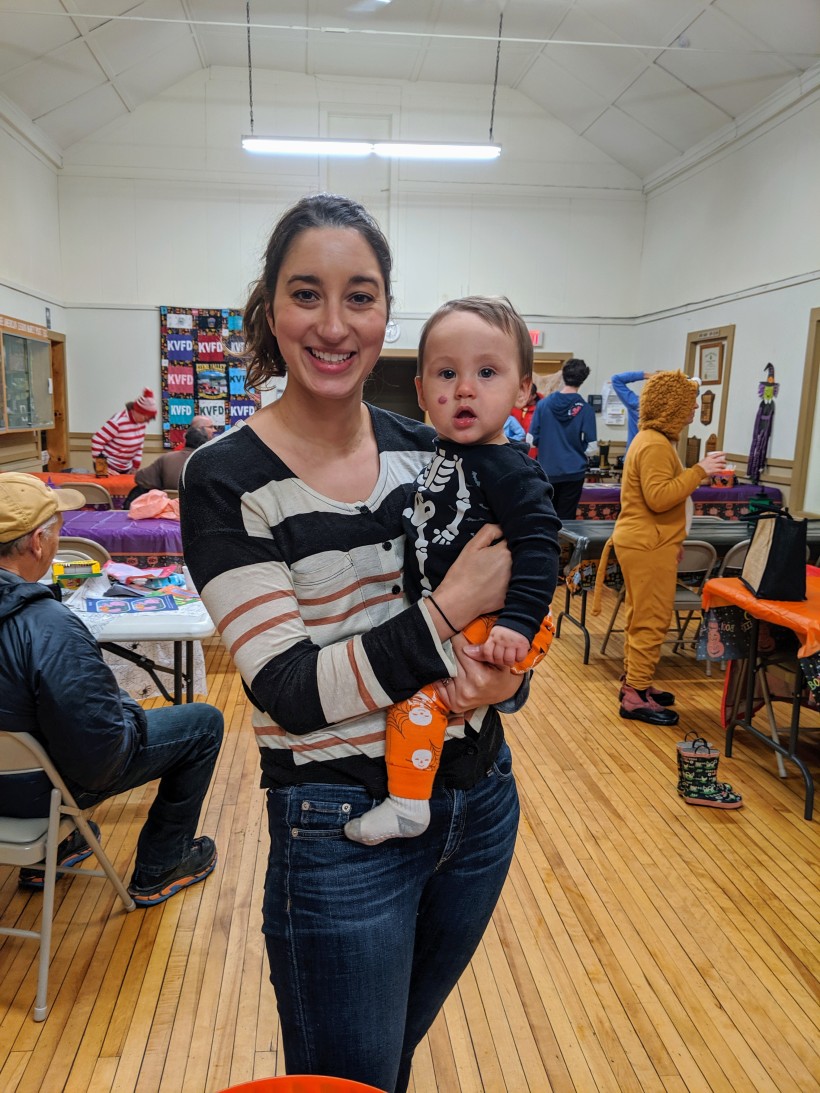 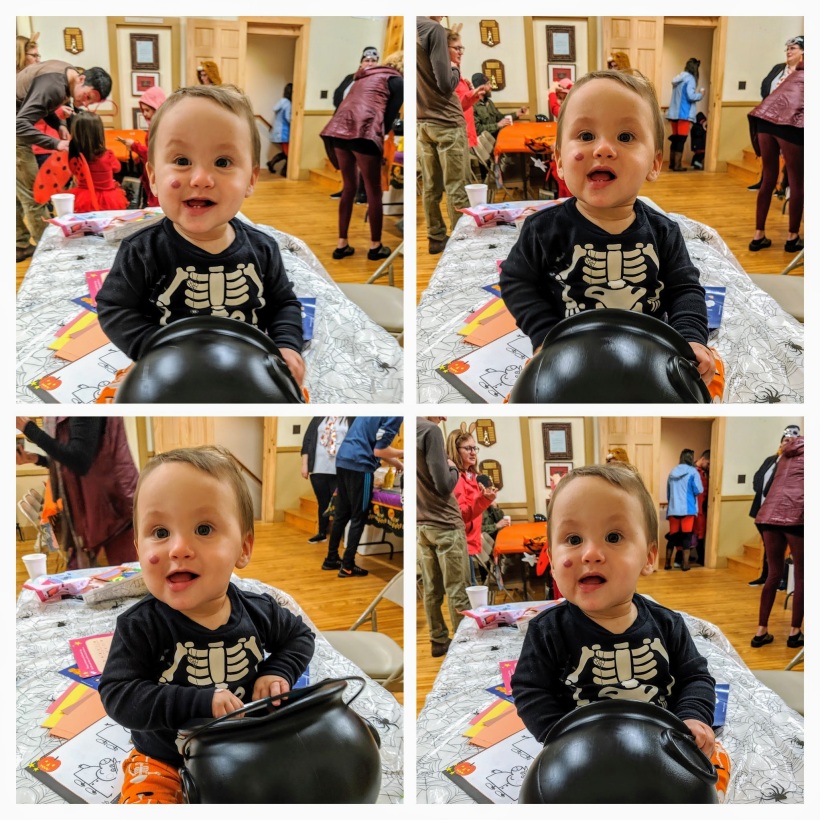 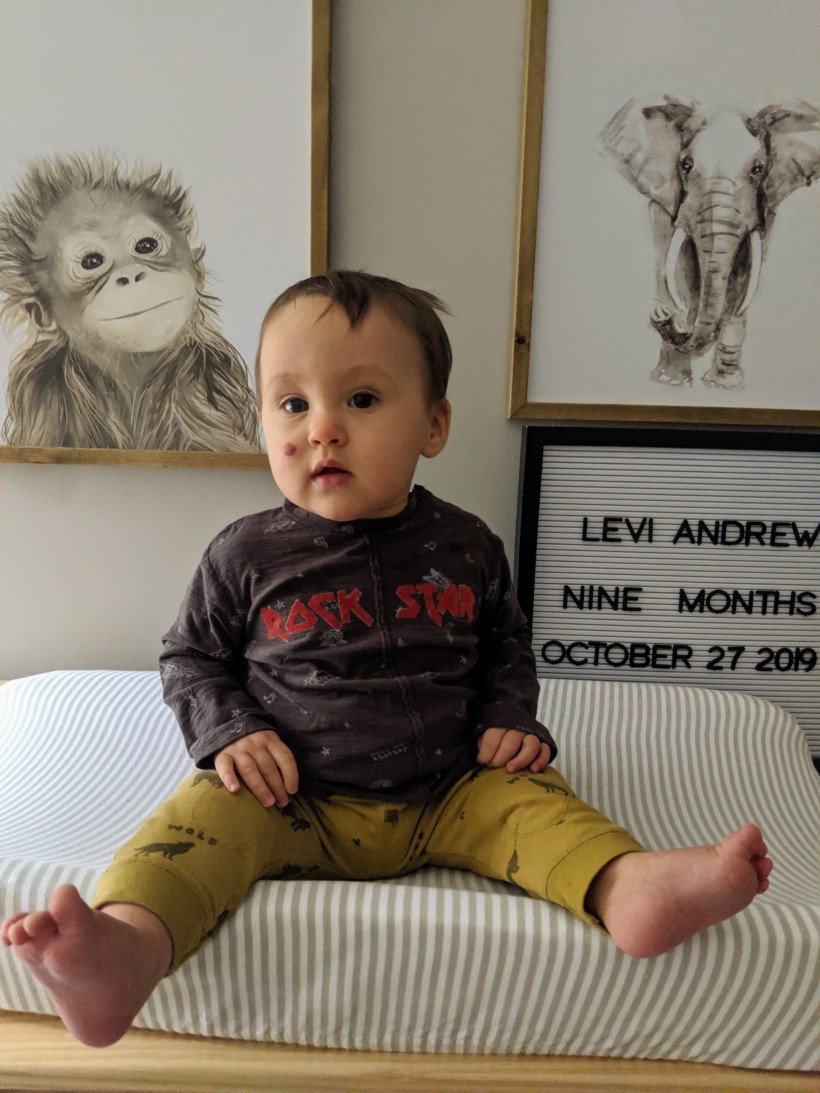 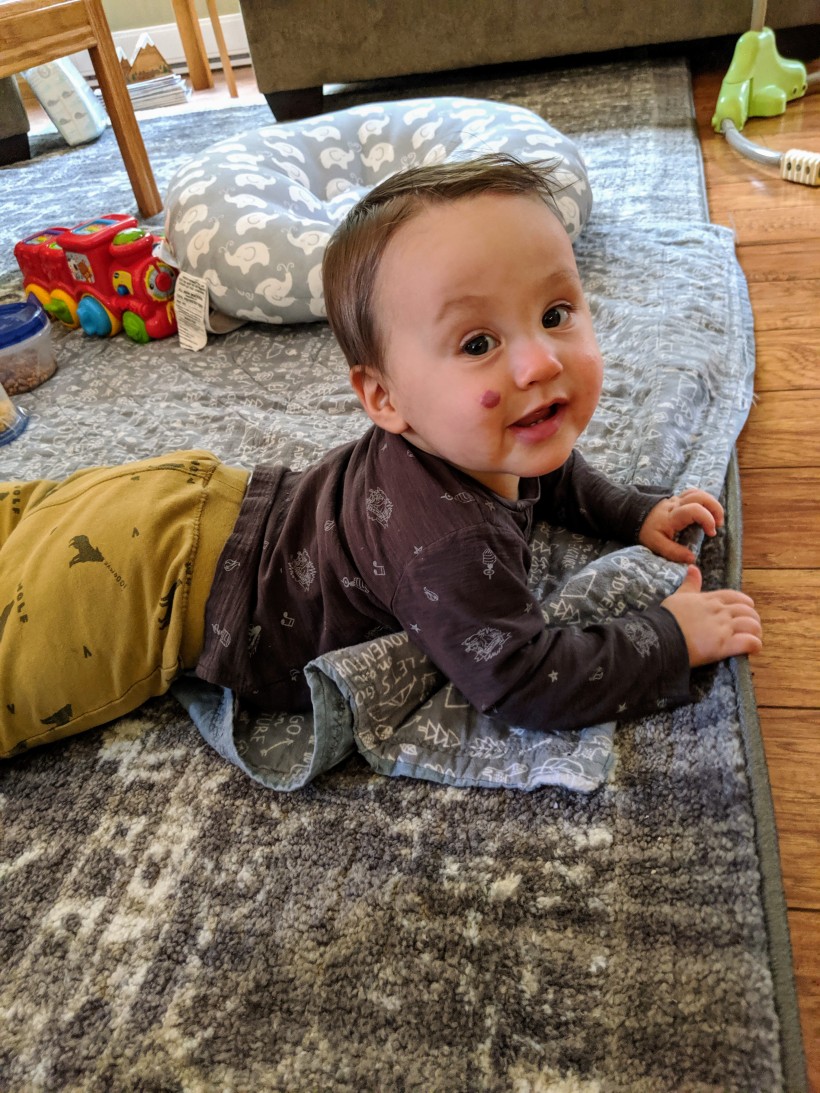 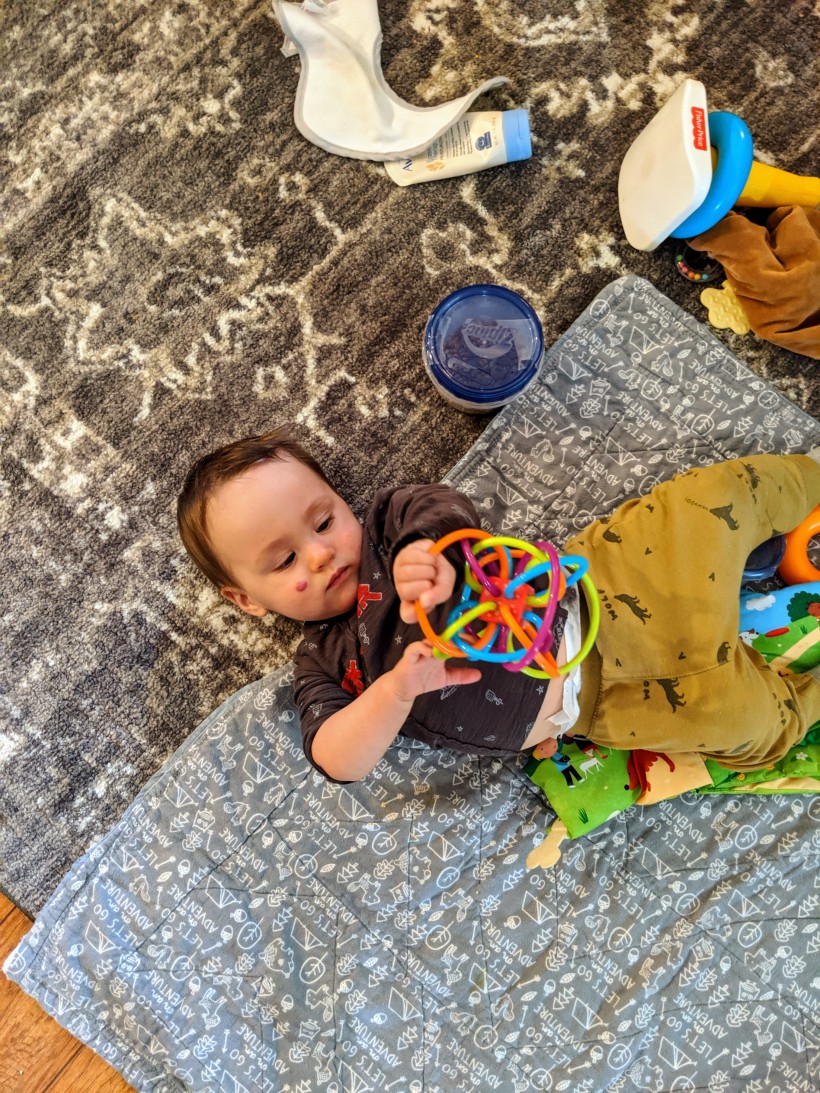 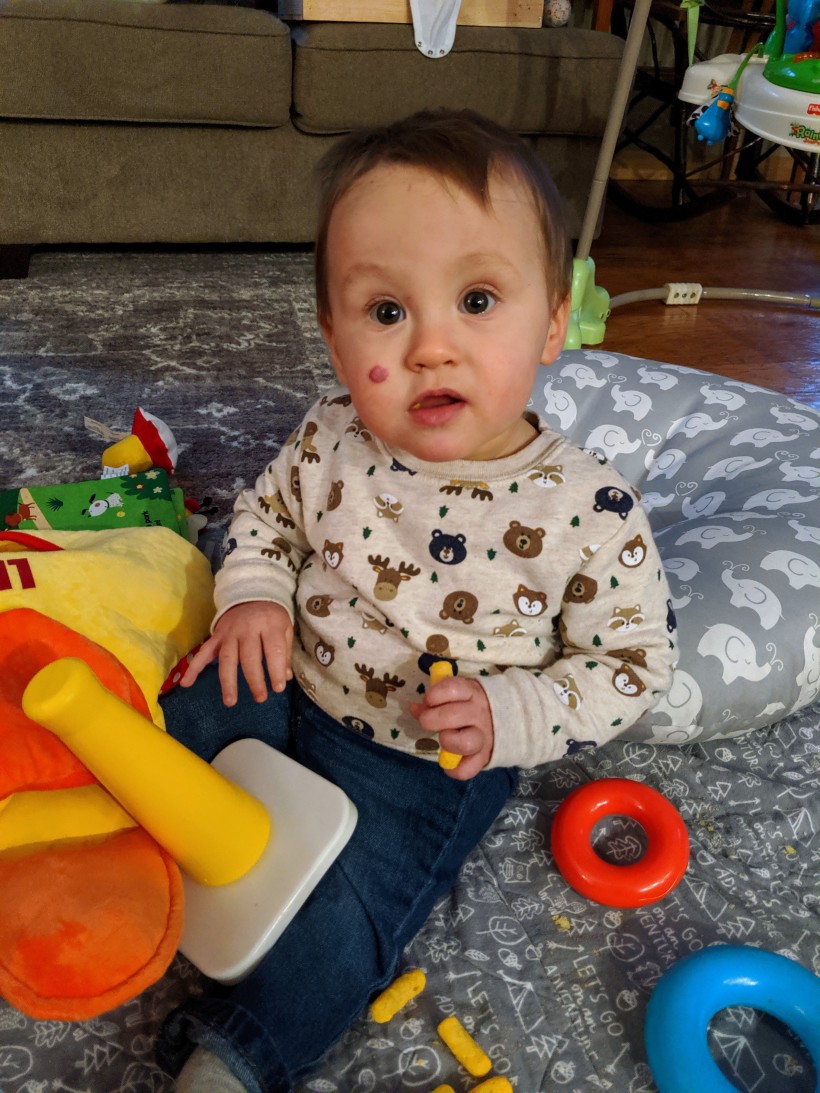 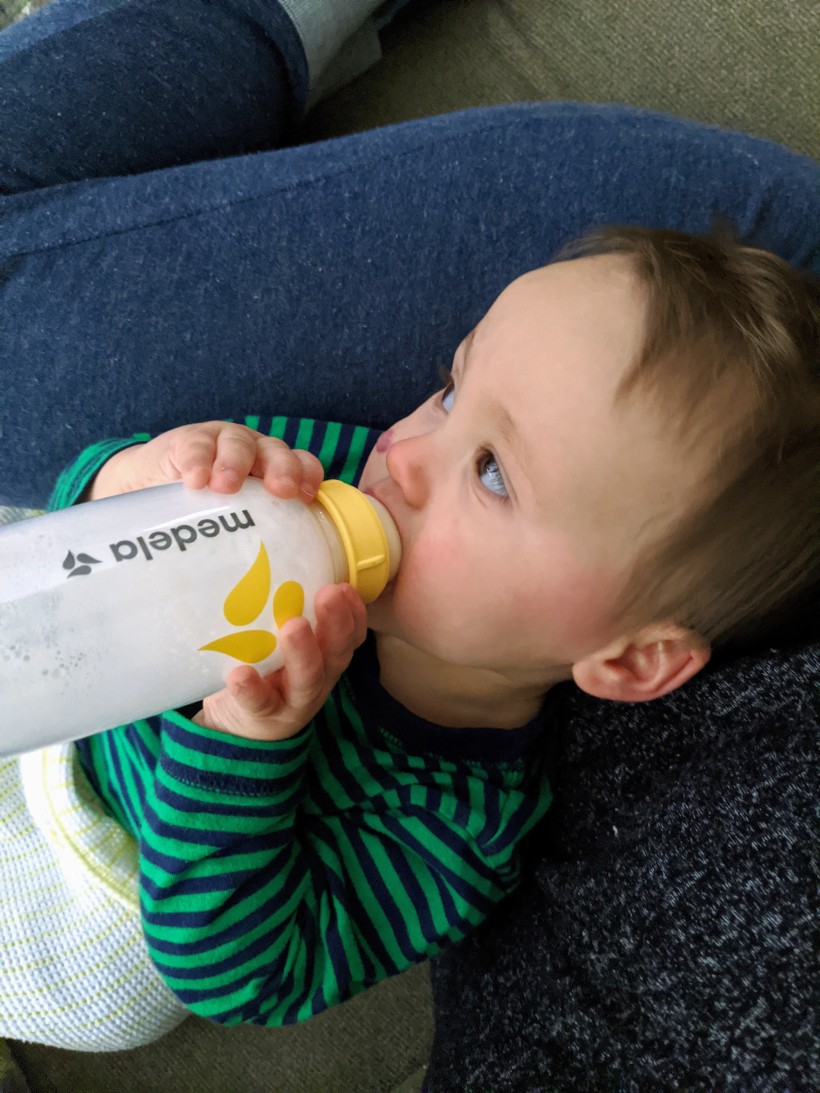 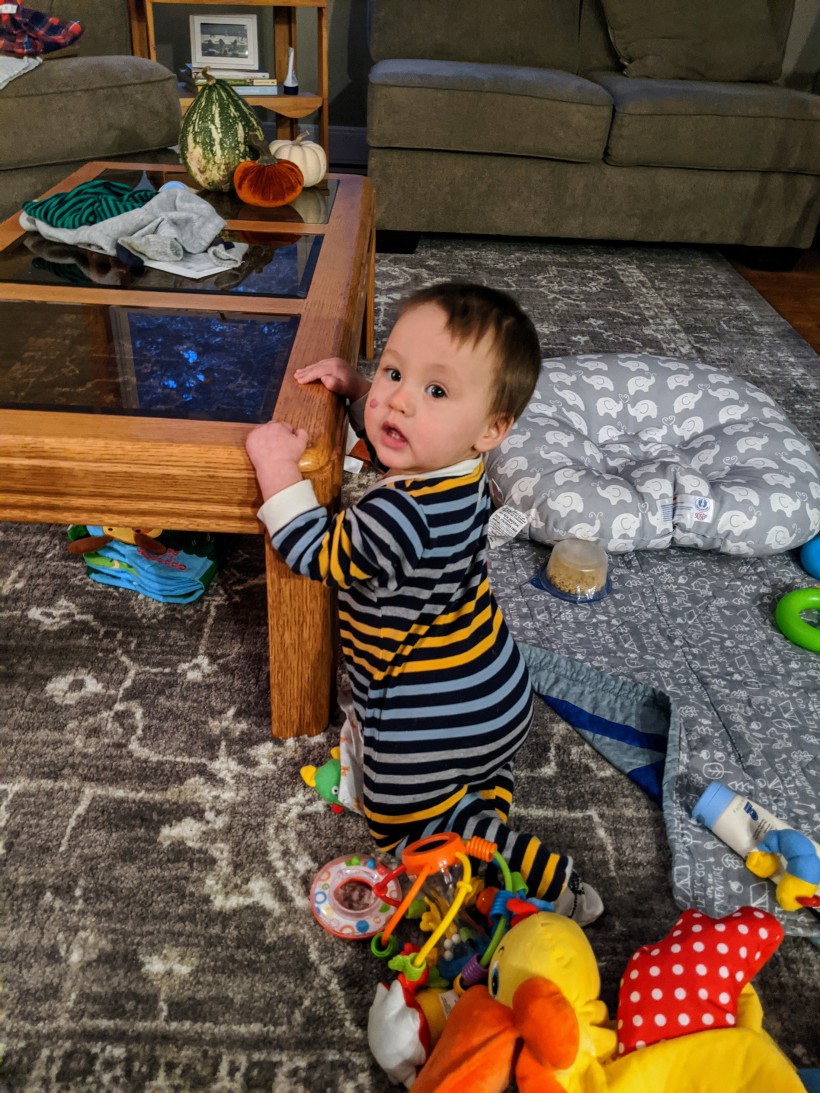 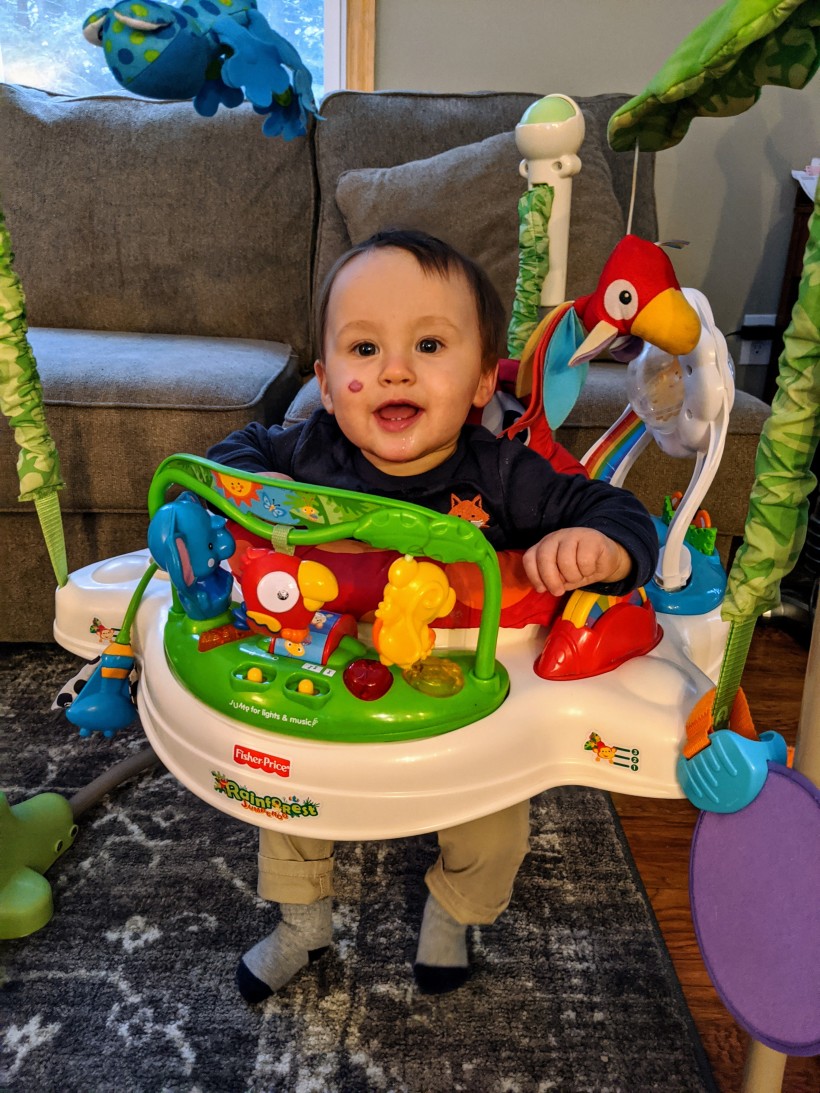 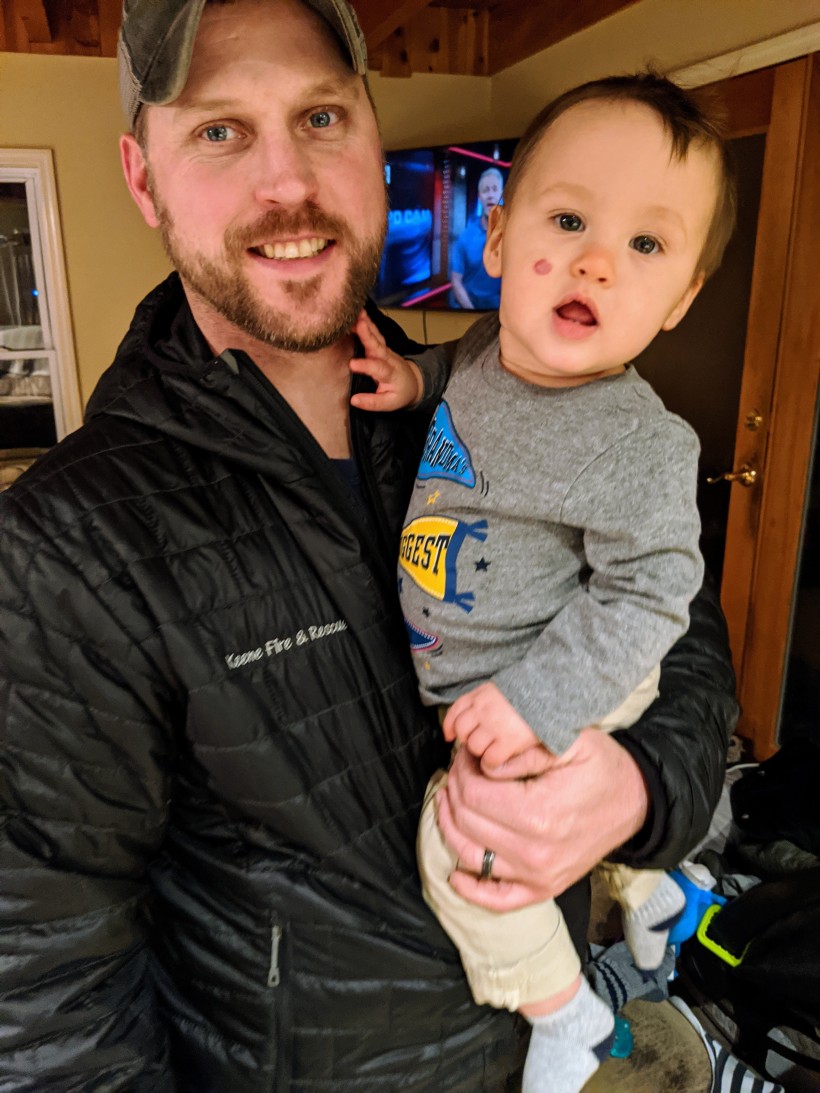 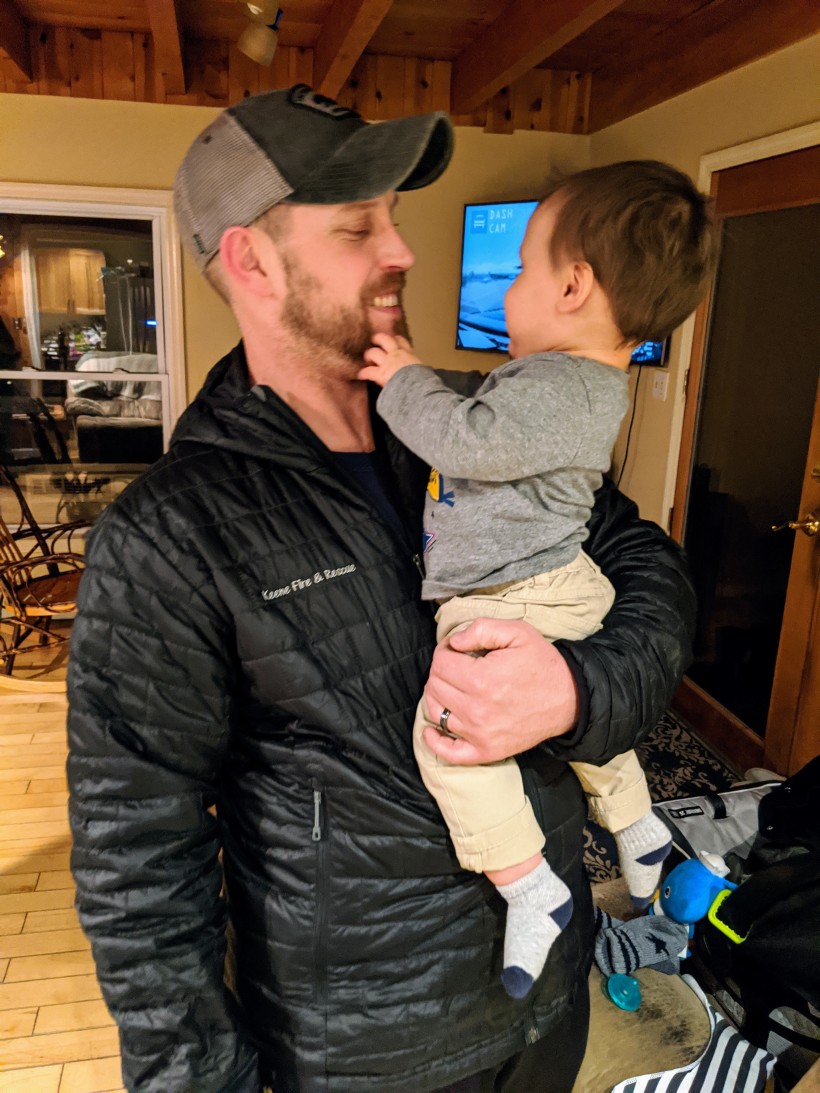 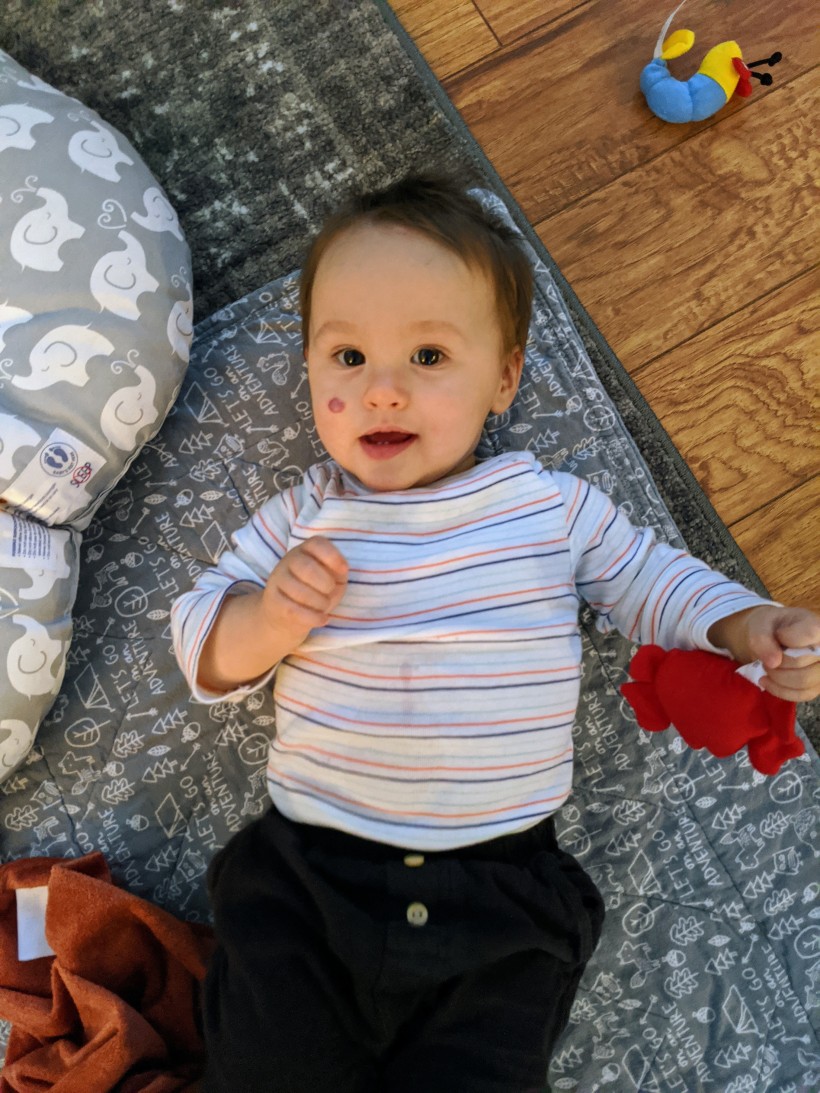 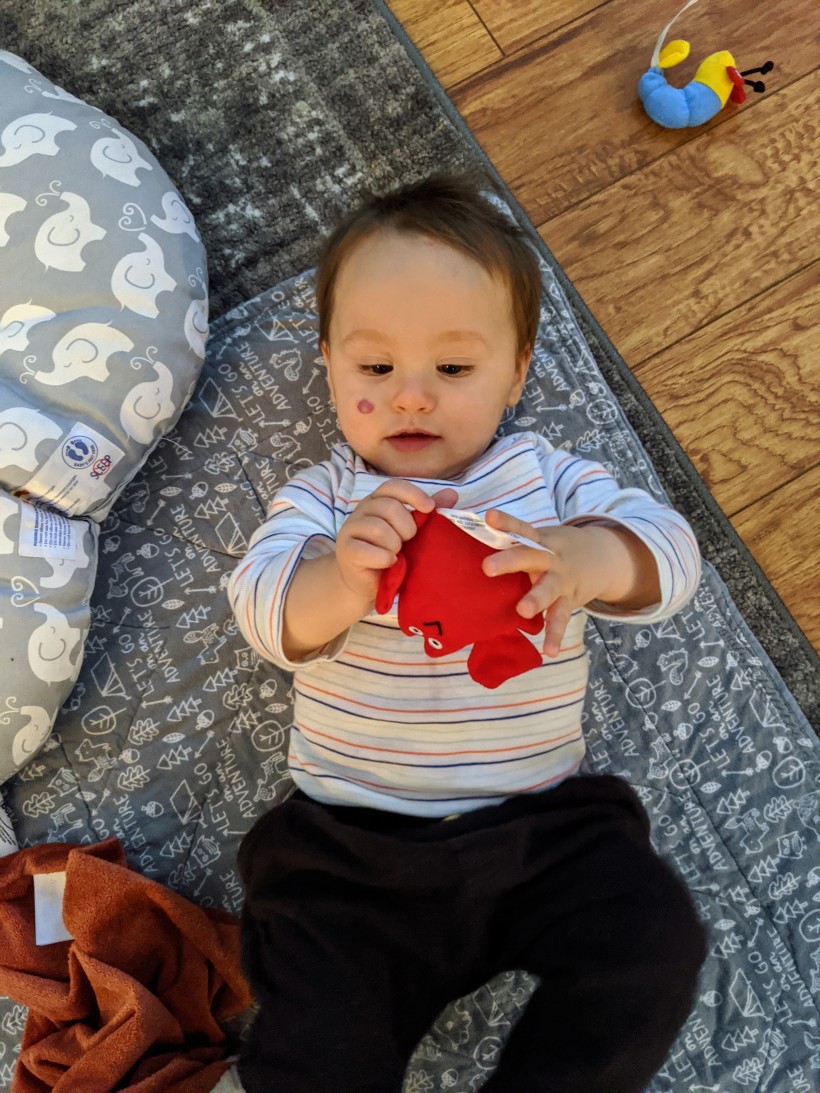 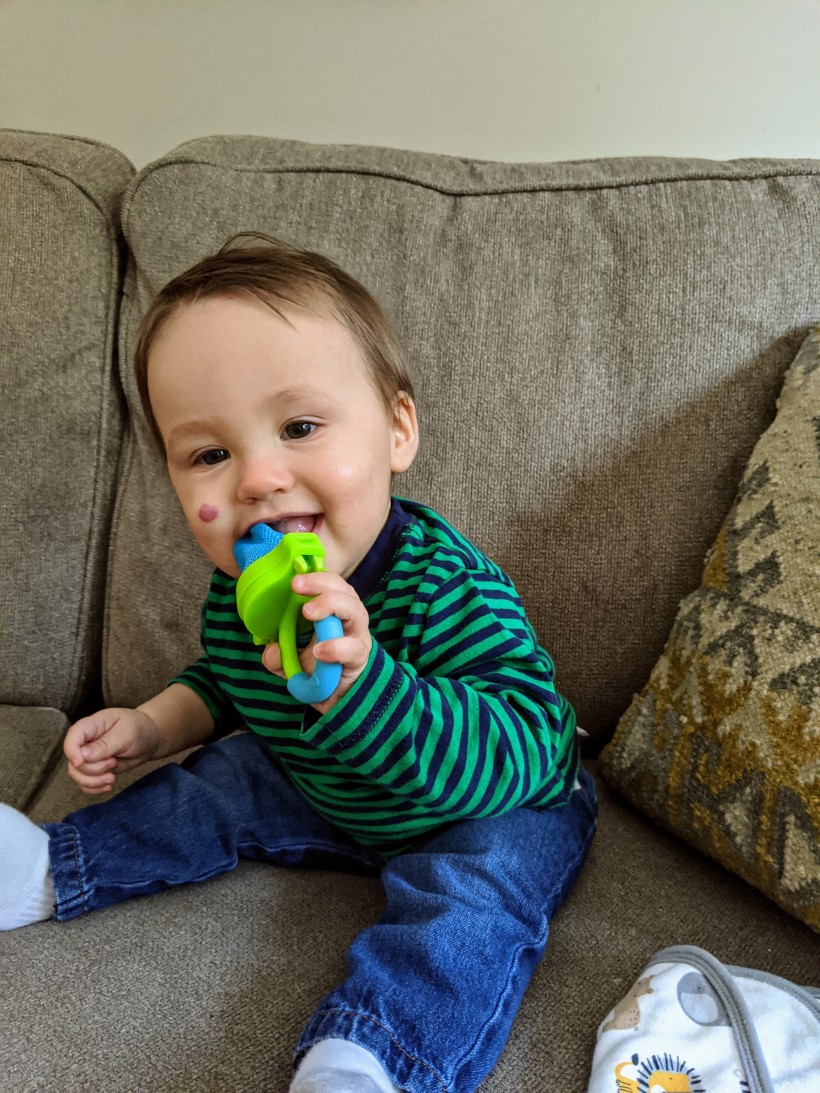 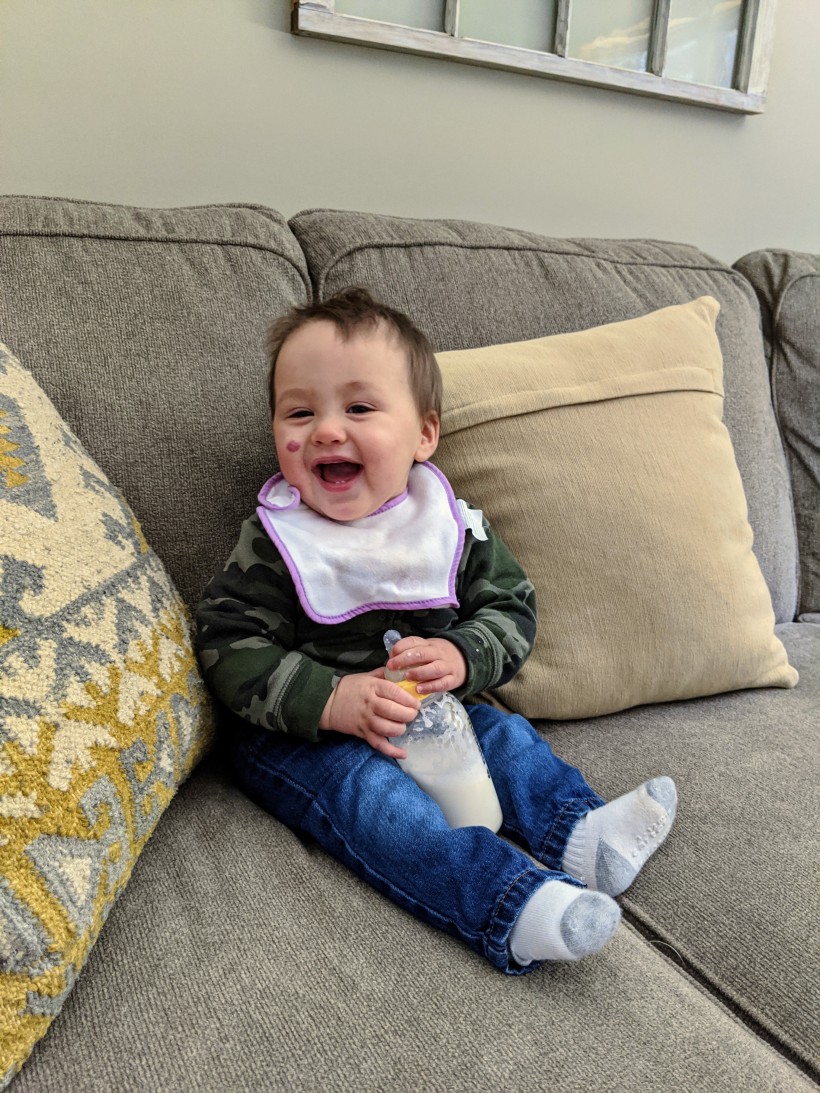 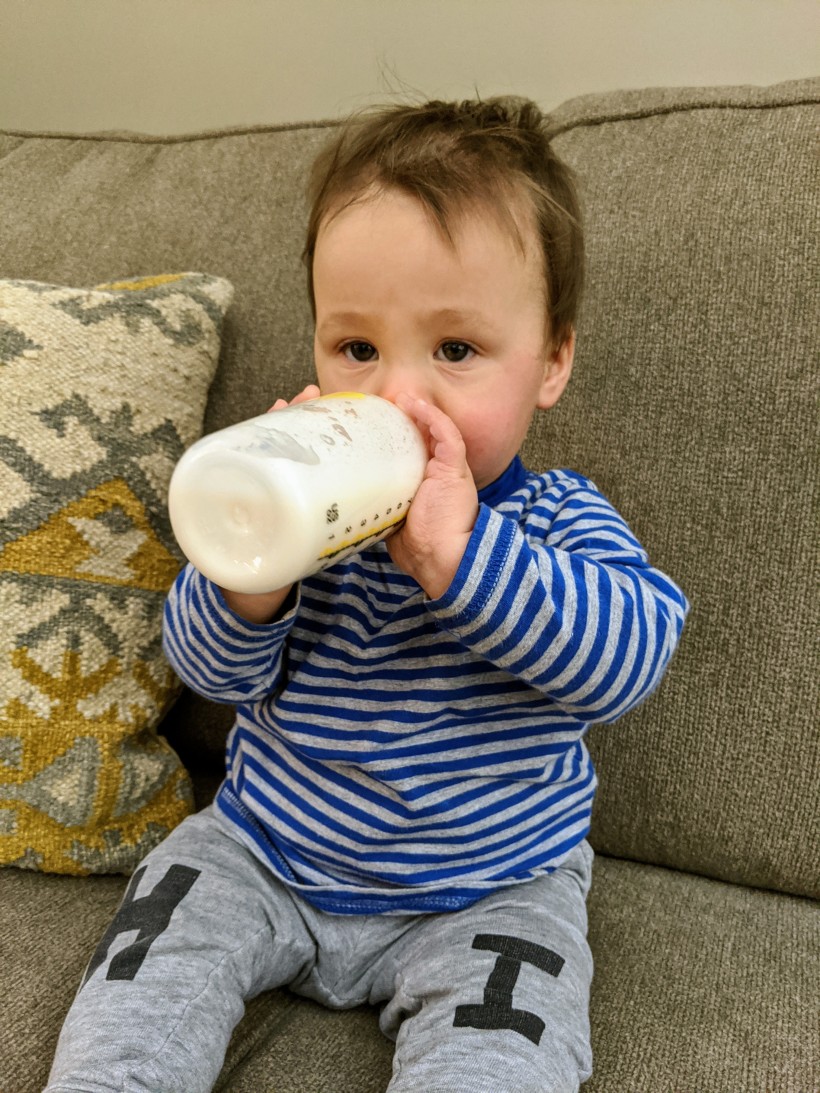 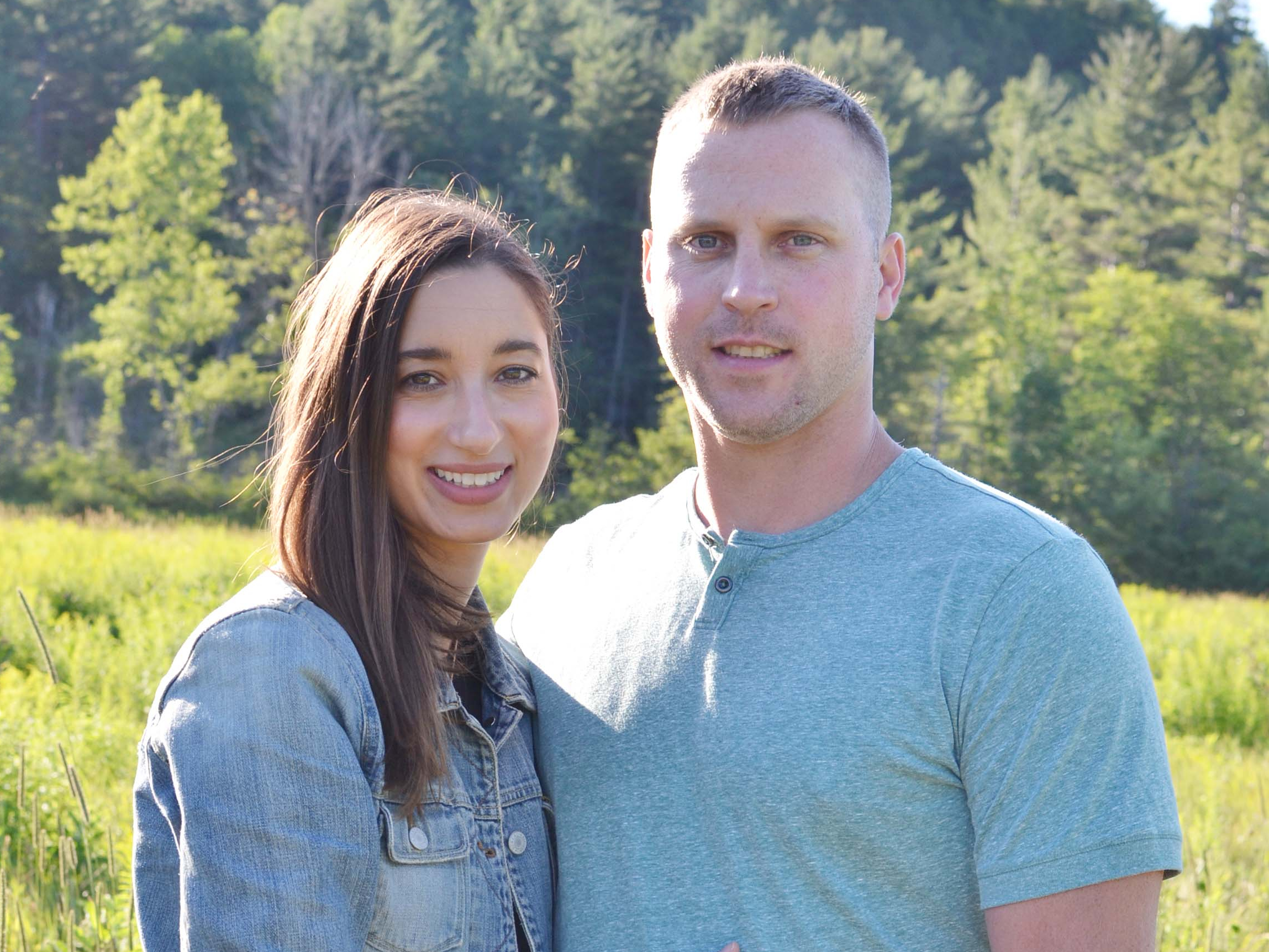